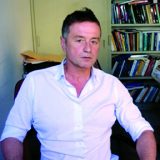 Prof. Giuseppe Boccignone
PRESIDENT
Giuseppe Boccignone is a Full Professor at the Dipartimento di Informatica (Dept. of Computer Science). of the University of Milano, Italy, where he lectures on Principles and Models of Perception, Human/Computer Interaction 2, Models of Affective and Behavioral Computing, Probability and Statistcs. 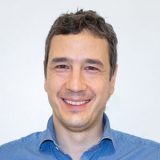 Prof. Paolo Napoletano
MEMBER
Paolo Napoletano is Associate Professor of Computer Science at Department of Informatics, Systems and Communication of the University of Milano-Bicocca where he coordinates several research activities in the area of photo sharing and storage service, Internet of Things and Intelligent Vehicles within projects supported by both industry and public institutions.

He received the Laurea degree in theoretical physics from the University of Torino, Italy, in 1985.

From 1990 to 1992, he served as a chief researcher of the Computer Vision Lab at CRIAI, Naples, Italy.

From 1992 to 1994, he has held a Research Consultant position at Research Labs of Bull HN, Milano, Italy, leading projects on biomedical imaging and radiological information systems.

From 1994 to 2008 he has been with the Dipartimento di Ingegneria dell’Informazione e Ingegneria Elettrica of the University of Salerno as an Assistant Professor and since 2002 as an Associate Professor.

In 1998 he has been invited as a Visiting Researcher to the Center for Mapping Labs, at Ohio University , USA,  and in 2000 as a Visiting Scientist at the Research Institute for Multimedia Systems, University of Alberta, CANADA, working on information properties of images, in collaboration with Prof. Terry Caelli. In 2002 he was a Visiting Scientist at Prof. Larry Stark Labs, Department of Ophtalmology, University of Berkely, CA,  USA, and at the Institut fur Neuro-Bioinformatik, University of Luebeck, GERMANY  involved in research related to eye movements and gaze-control.  In 2014 he has been appointed  as Visiting Professor at the University of  Technology, Sidney, AUSTRALIA.  In 2017 he has been awarded  a  Honorary Appointment as  Chercheur Invité  at the RFAI-Laboratoire d’Informatique, Ecole Polytechnique de l’Université François-Rabelais de Tours, FRANCE

From 2002 to 2008  his research has been mainly carried on within the Natural Computation Lab (NCL, University of Salerno).

Since 2015 he is the Director of  the Perceptual computing and Human SEnsing  (PHuSe) Lab.

Current research interests span the fields of affective computing,  computational vision, machine learning, epistemology of the artificial.  On these topics he has authored more than 100 papers in international refereed journals and conferences.

He is a member of the dell’Association for the Advancement of Affective Computing and CVPL (Italian chapter of the  IAPR), and  serves as Associate Editor of the Frontiers in Robotics and AI journal.

He has got the Italian National Academic Qualification as Full Professor of Computer Engineering (09/H1) in November 2020. In 2007, he received a Doctor of Philosophy degree (PhD) in Information Engineering from the University of Salerno (Italy) with a thesis focused on Computational Vision and Pattern Recognition.

In 2003, he received a Master’s degree in Telecommunications Engineering from the University of Naples Federico II, with a thesis focused on Transmission of Electromagnetic Fields. His current research interests focus on signal, image and video analysis and understanding, multimedia information processing and management and machine learning for multi-modal data classification and understanding. 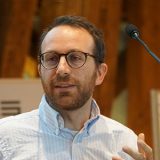 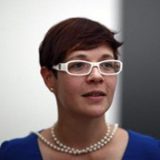 He is currently head of the Computer Science Department at Polytech Tours School of Engineering.

Currently he is co-head of the RFAI team at the Computer Science Laboratory and he participates, as member and sometimes as local coordinator, to several regional projects on image and video analysis.

He is the author of more than 70 publications and reviewers in the main journals in his research field (PAMI, PR, CVIU, TIP, etc.). He is member of the Editorial Board of the Elsevier Journal Internet of Things, MDPI Journal of Imaging and he is Guest Editor for the Pattern Recognition Letters journal.

In her areas of expertise, she is a UNI qualified teacher, examiner for the certification of persons and author in specialized legal journals, certified Data Protection Officer according to UNI 11697: 2017 and Privacy Consultant according to the TUV proprietary scheme.

Starting from classical high school, she graduated in Economic and Social Disciplines at Bocconi (2001), got a master in Economics and Management for Non Profit Organizations (2003) and has twenty years of professional experience, first as HR Manager, CFO and CIO of a group of small companies in the Milan area, and then as advisor specialized in organization and management of support processes and related compliance.

She has therefore built an in-depth knowledge of the business logic, processes and regulation of the software production, pharmaceutical, health and biotechnology industries, non-profit organizations and some professions (in particular accountants and labor consultants).

Currently, she is DPO of Emotiva, as well as of Argo Software (software production for schools), of CNAO – National Center for Oncological Adrotherapy (health), of LILT –  Italian League for the Fight against Tumors Milan, Monza and Brianza (health), of Swiss Stem Cells Biotech (biotechnology and crioconservation of stem cells) and various groups of Zucchetti certified partners including data processing centers and professional companies (management software and HR).

She deals daily with issues relating to data protection and therefore ethical issues related to respect for human rights, privacy and the security of personal information.

The purpose of the Committee

The Emotiva Scientific and Ethical Committee was officially constituted on March 8, 2021, to adhere to the 7 requirements for the ethical development of AI on which the European Union is currently working.